10 Must-Visit Places in Malacca City; Malacca City situated in the Southern part of Peninsular Malaysia, known as an ancient city, and listed as the UNESCO World Heritage Site since 7 July 2008. Today, I want to introduce some of the historical buildings and must visit places in Malacca. Let us have a tour around in the city and search for the places that will make your tour worthwhile.

The Stadthuys situated in a place known as the Red Square. The red exterior and nearby red clock tower is its characteristic. It was built in from 17th century, believed is the most ancient Dutch buildings in Southeast Asia.

Starting from 1980, Stadthuys officially became the premier museum of Malacca. Among the displays in the museum included Portuguese costumes from 16th century, Malay traditional handicrafts, ancient weapons, coins, stamps, variety artifacts, and photos of variety ancient ships that park at Malacca harbor. In here, you may know more about the history of Malacca through the collections in the museum.

You will see a Christ Church beside of the Stadthuys. It was built by the Dutch from 1741, and finally completed in 1753 (12 years later). Same with the Stadthuys, it was painted red in 1911. This is the oldest functioning Protestant church in Malaysia, and one of the hallmarks of Malacca’s Dutch-era buildings since.

A’Famosa Fort was a defensive fortress built by Portuguese at 1511, and it was occupied by the Dutch in 1641. In the late 18th century, Dutch handed it over to the British. Later of the wars and various political reasons, it was demolished, and today only leaves a small gate house that named of Porta de Santiago.

The historic of St. Paul’s Church can be retrospective to 1521. At the beginning, it was only a simple chapel dedicated to the Virgin Mary, built by a Portuguese nobleman, Duarte Coelho, as an act of gratitude following his escape from a storm in the South China Sea. Same with A’Famosa ruins, The Stadthuys and other historical buildings, St. Paul’s Church is now a part of the Melaka Museum Complex.

The ancient tombstones were affixed to the walls of the church.

Take a short walk from St. Paul’s Church, you will see the Sultanate Palace Museum. This is an old palace from the dynasty of Malacca. The palace is all made of wood, divided into three layers, although overall look a little bit simpler, but lush tropical plants and fountain decorations are make it look exceptionally elegant.

There has a theme for each room in the palace, introduction to the historical origins, life and political religion of the Malacca dynasty, etc. In additional, there is also exhibited some of the relics that left from the dynasty.

Tips: In order to respect the solemnity of Sultanate Palace, before enter into the palace, visitors must take off the shoes. You can put your shoes under the stairs, or recommended that you bring a shoes bag.

Malacca Maritime Museum is made from a Portuguese voyage ship named “Flor de la Mar”. The appearance of the ship is its characteristic. Because of housed many priceless treasure trove from the Malacca dynasty in the ship, this museum is considered to be one of the represents of the Malacca heritage.

Among the exhibits included the items left over from the various periods of Malacca, such as the national flag of different historical periods, statues, and illustrations etc. You can come here to witness the changes in Malacca’s history.

The purpose of built the Cheng Ho Cultural Museum is to commemorate the 600th anniversary of Zheng He s voyages of discovery. The museum is divided into three levels and covers a total floor area of 5,110 m2. About 600 years ago, this location believed was the warehouse complex Guan Chang of Zheng He; a famous admiral of China’s Ming-era.

The museum can roughly be divided to 3 major parts; Zheng He in China, Zheng He in Malacca, and Zheng He treasure ship. Among the display included hundreds of porcelain, trade goods, mock-up of treasure ship, crew’s life scenes, etc. Inside the museum has also opened a teahouse and souvenir center to visitors.

Baba Nyonya is a unique racial culture of Southeast Asian. The culture originated from the early 15th to 17th centuries, refer to the China Da Ming Dynasty immigrants who were married to the local residents, a special ethnic group formed by their descendants.

This Baba Nyonya Heritage Museum was established in 1896. The housing architectural style is very particular about carving art, into the hall after the first to see is a bright and spacious patio design, Chinese lanterns and crystal chandeliers against each other, it is exquisite luxury.

You can visit to each rooms, the exhibits here is more fully demonstrated its daily life form of Baba Nyonya. How about the lifestyle of Baba Nyonya in the end of the 19th century, including clothing, marrieds’ houses, home decoration and furnishings, various art collection, photos, antique cameras and televisions, carved artwork, Gold fork, jewelry and so on.

Malacca River was a vital trade route for the city since from 15th century. Now the river has been transformed into a leisure and sightseeing’s attraction, there is a lot of houses on both sides of the river already changed to sightseeing spots, bars, shops, restaurants and so on.

In additional, there are also a lot of graffiti art and fresco painting on the buildings which adds to the fascinating atmosphere. 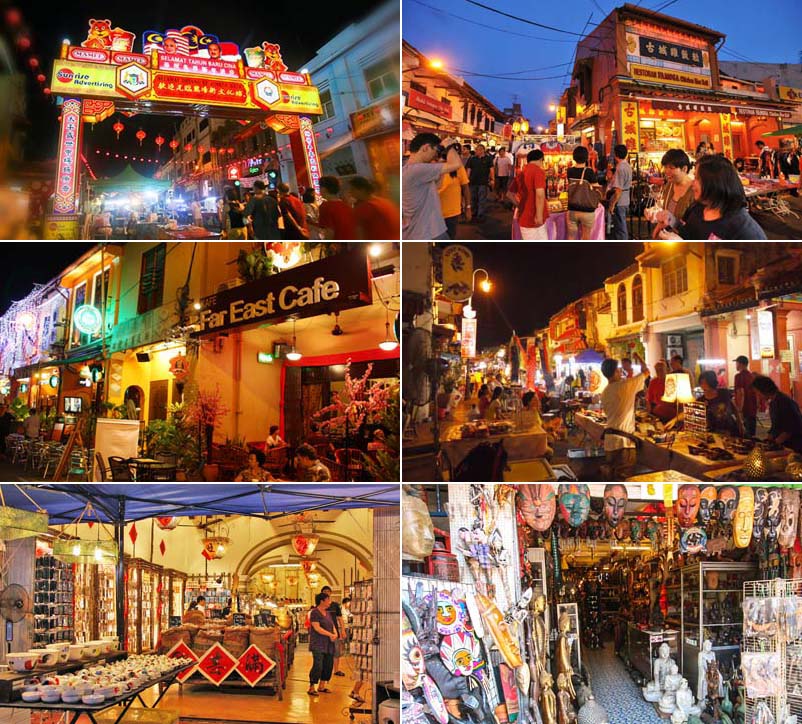 Jonker Street located at the most lively downtown in Malacca. During the weekend and public holiday, vehicles will be prohibited from road here. It is a commonly recognize fact that visitors like to came to this particular street in Malacca.

In here, you will see a wide array of stalls, boutiques, bars and restaurants. Widespread bargains as well as live music throughout the Jonker Street will make you feel a lively street party-like atmosphere.

Location of these Places:

Reserve Our MPV Private Car
For Your Next Trip Now!